John Orr has just published a new iBook called Beautiful Functions. In it he devotes a full chapter on each type of function (linear, quadratic, trig etc) and makes it interactive along the way by incorporating a lot of Desmos (among other stuff)
Curriculum Tags: MFM1P, MPM1D, MFM2P, MPM2D, MCR3U, MBF3C, MCF3M, MHF4U, MCT4C
https://itunes.apple.com/ca/book/beautiful-functions/id1031089376?mt=11&ign-mpt=uo%3D4

Also with a new iBook is Kyle at Tap into Teen Minds. This one is a shorter offering which is an interactive iBook version of his older Stacking Paper Task dealing with linear relations. This incorporates video, Padlet and whiteboard apps among other things.
Curriculum Tags: MPM1D, MFM1P
https://tapintoteenminds.com/stacking-paper-tasks-ibooks/

In grade 7 we are supposed to describe polygons or series of polygons that will tile a plane. Well it turns out that we now have a new pentagon that will do it (apparently there are only 15 different pentagrams that will). Mathematicians are pretty excited about it and you can read about it at the links below
Curriculum Tags: Gr7
http://www.theguardian.com/science/alexs-adventures-in-numberland/2015/aug/10/attack-on-the-pentagon-results-in-discovery-of-new-mathematical-tile
http://thehairpin.com/2015/08/what-if-math-was-cool/#

Has the use of calculators done harm in terms of students knowing basic math facts? This article seems to say no but it also says that the benefits of widespread calculator use has still yet to be seen.
Curriculum Tags: All
http://theconversation.com/weapons-of-maths-destruction-are-calculators-killing-our-ability-to-work-it-out-in-our-head-44900

I have mentioned it before but the software Tracker is a cool tool to do any sort video analysis. And Rhett Allain uses it extensively in his Dot Physics blog. I like what he does here, he uses the knowledge of projectile motion to take a video of this shark jumping out of the water (at 1:37 in the video) with no references parts in the shot to actually estimate the size of the shark based only on how fast gravity should effect it's motion.
Curriculum Tags: MCR3U
http://www.wired.com/2015/08/watch-leaping-great-white-shark-get-serious-air/


Can math describe history? Listen to this short TED talk to find out
Curriculum Tags: All
http://www.ted.com/talks/jean_baptiste_michel_the_mathematics_of_history#t-173978

With the election coming up in the fall there is no shortage of stuff showing up all over the place and it is important for people to know if the figures they are seeing are real. So why not have students fact check some of them. Take, for example, the following one about voter turnout. Students could get info about voter turnout here and distribution of votes by party here to see if the following statement is true (spoiler alert: it's true, in fact more than 3 million more people didn't vote than voted for the Conservatives). A great exercise in dealing with percents of percents and topical to boot.
Curriculum Tags: Gr7, Gr8, MFM1P
https://scontent-ord1-1.xx.fbcdn.net/hphotos-xpt1/v/t1.0-9/11889514_1073391882694244_3157549502718961288_n.jpg?oh=c6d5c56d76aa45514f857b8cd76cb752&oe=5665687B

Some ideas for displaying transformations in your classrooms
Curriculum Tags: Gr7, Gr8
https://twitter.com/MissBsResources/status/636520251400785920/photo/1


Can't have enough Fibonacci based furniture
Curriculum Tags: All
http://mentalfloss.com/article/66772/fibonacci-shelf-proves-math-makes-great-furniture

Posted by David Petro at 9:07 PM No comments:

I like it when we can find real examples of math concepts in the news - explicitly. In this case it is Expected Value when talking about the extra point kick in the NFL. Check out this article where they explore some possible changes to the extra point rule due to the fact that, in general, kicking for the extra point has over a 99% success rate and the 2 point conversion rarely happens. Check out the article and the math below
Curriculum Tags: MDM4U
http://www.nytimes.com/2015/05/20/sports/football/nfl-explores-making-the-2-point-conversion-more-tempting.html 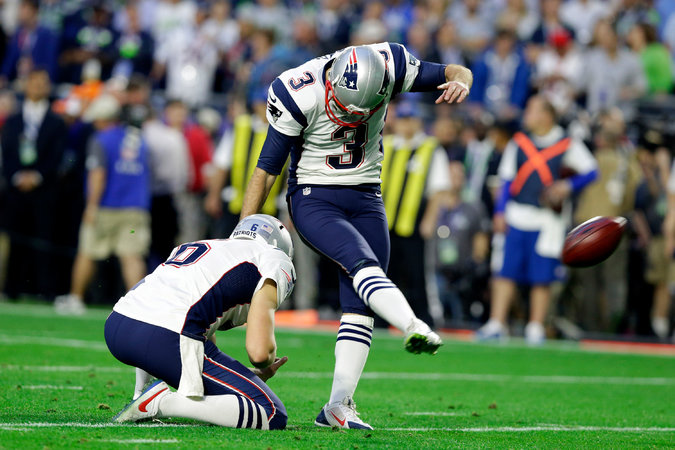 When we talk about bias in statistical studies, it is always good to have some things to back up claims. In this article the author outlines how he was able to orchestrate a study that showed that eating chocolate will help you lose weight. The gyst of the article, I think, is summed up here:


"If you measure a large number of things about a small number of people, you are almost guaranteed to get a “statistically significant” result."

So a perfect example to show students when talking about bias in studies
Curriculum Tags: MDM4U
http://io9.com/i-fooled-millions-into-thinking-chocolate-helps-weight-1707251800 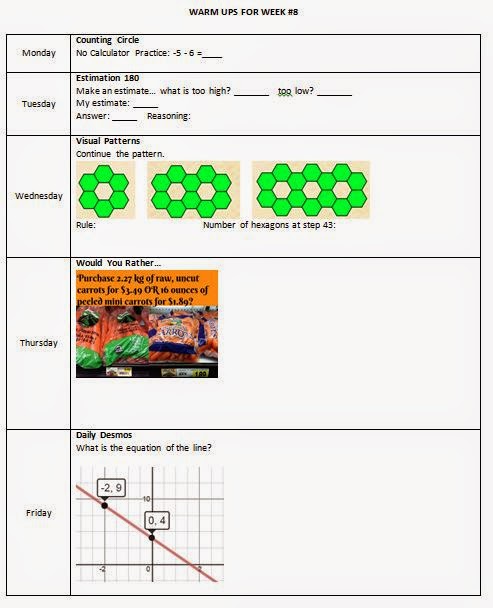 Mary at Making Math Meaningful has posted an updated "warmups" file. Warmups are what she uses at the beginning of class. They come from things like visualpatterns.org, Estimation 180 and a host of other sites and now added things from wodb.ca and Open Middle. For the most part it is not new material but having it all in one place could be very helpful. so check out her post and the new updated file
Curriculum Tags: MPM1D, MFM1P, MPM2D, MFM2P
http://marybourassa.blogspot.ca/2015/08/warm-ups-20.html

Here is a neat little activity you can do with your students when dealing with probability. What is experimental probability of rolling a Yatzee (5 dice with the same number) and in this video getting six dice with the same number. You could go on the surface with this and just do the experimental or use tree diagrams or some other method to figure it out theoretically. And then don't forget to look at the rest of Numberphile videos dealing with Yatzee here.
Curriculum Tags: Gr7, Gr8, MBF3C, MDM4U
https://www.youtube.com/watch?v=2PF52knCy40

Aside from how many cans what other rich or extension ?'s can we ask? #mathchat #maths #mtbos #msmathchat pic.twitter.com/dqz7De0ZD2
— Brian Marks (@Yummymath) August 13, 2015

Posted by David Petro at 8:23 AM No comments:

I was at the National Gallery of Canada this week. There is math all over the place there. Here are just two examples:
Curriculum Tags: All

When ever you can give students some math about something they are interested in then it might be easier for them to stomach some of the stuff we want them to do. Here is some data about the fall of "lol" on Facebook (and other short forms). Who knew using "lol" was so uncool now?
Curriculum Tags: Gr7, Gr8, MBF3C, MDM4U
http://www.theverge.com/2015/8/10/9125797/haha-lol-or-hehe-facebook

I can never get enough of these "planes landing in crosswinds" videos. They are perfect application of vectors examples. Some of the ones towards the end are crazy.
Curriculum Tags: MCV4U
https://www.youtube.com/watch?v=NxwYwqxG3lc

Because it was my birthday this week and I love the quadratic formula, this seems appropriate. Thanks to Michele Cooper for this one
Curriculum Tags: MPM2D, MCF3M, MBF3C, MCR3U
https://www.youtube.com/watch?v=ktsEAFr0aeA

Posted by David Petro at 8:52 PM No comments: Maybe you are or your aren't an MMA fighting fan. Either way you have to be impressed with Ronda Rousey's current record. Her last fight lasted 34s and, in general, her fights last about a minute (with her winning, of course), Check out some of the math you can do around this data from bar graphs, to linear relations and rates.
Curriculum Tags: Gr7, Gr8, MPM1D, MFM1P, MDM4U
http://www.wired.com/2015/08/ufc-fighter-ronda-rousey-physics-based-superpowers/

Hey, do you want a riddle that has it's basis in the origins of algebra that can be used to actually give an example of algebra? Look no further with this one that deals with creating and solving an equation with fractions:


"Here lies Diophantus.
God gave him his boyhood one-sixth of his life;
One twelfth more as youth while whiskers grew rife;
And then yet one-seventh ‘ere marriage begun.
In five years there came a bouncing new son;
Alas, the dear child of master and sage,
After attaining half the measure of his father’s life, chill fate took him.
After consoling his fate by the science of numbers for four years, he ended his life.”

Check out the link below for the solutions, or better yet, have your students decipher it.
Curriculum Tags: MPM1D, MFM2P
http://io9.com/this-mathematical-riddle-explains-all-we-know-of-the-fa-1722413697

Last week I mentioned a new resource that @alexoverwijk and @marybourassa created as a part of this year's Twitter Math Camp. It was a repository for math activities. This week I learned of another search engine for activities from people in the MTBoS. Just put your search term in the engine at the link below and Google will search over 180 blogs (Here is the list right now) for things matching that search. Thanks to @jstevens009 for putting this together and thanks to @K8nowak for pointing this one out.
Curriculum Tags: All
http://www.fishing4tech.com/fishin-solo-blog/the-mtbos-search-engine

In a recent Serbian national lottery, there was a bit of an issue with a mistake made during the draw. You can see it in the video below but the gyst is that the number 27 came up but the TV graphic showed up as 21. Then the next number that actually came up was 21. This could be a great discussion on how likely that could happen (or whether something was afoot). If you ask @johnallenpaulos, however, he definitely says that this isn't as unlikely as you would think
Curriculum Tags: MDM4U
http://www.theguardian.com/world/2015/jul/30/coincidence-or-corruption-the-case-of-serbias-bouncing-lottery-ball-21

I don't think we can get enough on why making mistakes, struggling through things and growth mindset are all things that should be a regular part of any math class. In this article the idea, however, is to rebrand the idea of a "mistake maker" as a "sense maker" instead.
Curriculum Tags: All
http://ww2.kqed.org/mindshift/2015/08/04/seeing-struggling-math-learners-as-sense-makers-not-mistake-makers/

Along a similar vein, this article talks about the "one thing" that all successful math students have. Essentially that persistence and "grit" make a huge difference. This, of course, is not true of just math students but I think the important thing here is that teachers provide an environment where that fosters this opinion. Sometimes in a class where all students see is worksheets and rote math, it might be hard for kids to ever feel that way.
Curriculum Tags: All
http://qz.com/139453/theres-one-key-difference-between-kids-who-excel-at-math-and-those-who-dont/

I love this video as an introduction. It is apparently from a real competition where contestants try to jump off the high dive board and make it look like they are going to do a bellyflop for as long as possible (and then bail out at the end). But on the Dot Physics blog, they go into the math of whether it is possible that they could jump far enough out to completely miss the pool. A great deep problem to give to students with the math of projectile motion. So perfect for a grade 11 class as it incorporates quadratics, formulas, trig and more.
Curriculum Tags: MCR3U, MCF3M
http://www.wired.com/2015/08/high-dive-jumpers-leap-whole-pool/


If you like Legos (seriously, who doesn't?) then you might be interested in this question. How many different configurations can you make with 6 standard bricks (what my brother and I used to call "eighters"). It turns out the number is huge (almost a billion). In this Lego Brickumentary they talk about the process for doing that counting and how the original estimate was closer to 100 million and the math to make the revised estimate and how standard algorithms and methods couldn't be used alone. This could be a really great introduction to combinatorics (and maybe even exponential relations). They talk about the math a bit in the clip below and you can watch other clips from the documentary at the link below.
Curriculum Tags: MDM4U, MCR3U
http://thekidshouldseethis.com/post/how-many-lego-combinations-can-be-made-with-6-standard-bricks
https://www.youtube.com/watch?v=3ItV57Mnnh8

How about an Flickr page just for images related to math (another project of the MTBoS). I got yur link right here. Thanks to @k8nowak for this one
Curriculum Tags: All
https://www.flickr.com/photos/133462526@N05/ 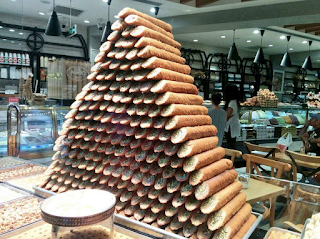